Validator.network plans to submit the following proposal for a governance vote soon, unless feedback from the community leads us to do major revisions of the text.

In short, the proposal is to allow issuance of custom tokens on the Cosmos Hub. New tokens can be introduced through the governance process.

Please visit the proposal at cosmoshub-proposals/issuance-proposal.md at master · validator-network/cosmoshub-proposals · GitHub and add your comments below or directly to us through Telegram (@mdyring and @haasted).

One idea here is just specify a multisig account that issue more supply.

Thanks for feedback Zaki.

We’ve added sections on supply (unrestricted) as we see fixed supply as a subset problem, detailed in “not in scope”.

Also added section on token identifiers as “not in scope”, as we expect the subsequent governance proposals for token listings to handle this.

Also added multisig as suggestion (not requirement), but it is sensible to do with multisig

As there have been a bit of communication outside of this forum, we believe most suggestions have been incorporated and concerns addressed.

Current ETA to submit the proposal is Monday, April 15th.

Some additional points of view:

This is effectively a form of permissioned token issuance. Permissionlessness was always intended to be driven by IBC so I think this is fine.

I would also really prefer if this feature was implemented by some entity other than AiB. At the moment, AiB has no intention to implement but would most likely help with testing, integration and design as we would with an SDK module that was being upstreamed.

Validator🌐Network just published proposal #4 for enabling issuance of fungible tokens on the Cosmos Hub. We see this as a big step toward providing immediate utility and wider adoption for Cosmos Hub.

Hoping for strong community support - please get in touch with any questions.

My first impression is to put IBC and shared security at a higher priority in order to enable the issuance of fungible tokens. I’m afraid it will diminish the value and importance of IBC if this is enabled before the existence of IBC. The role of the Cosmos Hub is to connect to different hubs and zones. If these tokens can be created on Cosmos Hub now, will this discourage the appearance of other hubs or zones?

Thanks for your feedback Kwun.

We do not expect the implementation to be a distraction for IBC, as it looks like a non-Tendermint development will undertake the work.

IBC will continue to be a huge part of the value-proposition for Cosmos, giving services the ability to run their custom application logic on top of Tendermint while connecting via IBC. We do not see fungible token issuance as any kind of competition to IBC, but mainly as a way to provide immediate utility with what we have today.

One of the use-cases for fungible token issuance we see is to bootstrap new services for the Cosmos Network. Projects can do a fundraiser and initial distribution using fungible tokens, move on to building out the service/zone and finally connect it to the Hub. So we also see as a convenient way for new projects to join the network.

We’ve recorded an interview with Brian Crain from Chorus One, which explains our reasoning in more detail. Hope to be able to share that soon here.

We just uploaded the interview: https://youtu.be/Yjl_lH5Cx_U
Thanks for joining Brian for this!

One of the use-cases for fungible token issuance we see is to bootstrap new services for the Cosmos Network. Projects can do a fundraiser and initial distribution using fungible tokens, move on to building out the service/zone and finally connect it to the Hub. So we also see as a convenient way for new projects to join the network.

So I was reading @sunnya97’s comment on governance proposals being the wrong tool for token issuance. 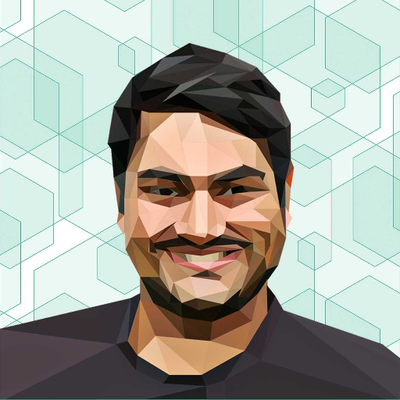 @Jack_Zampolin @cosmosvalidator Open to the idea of issuing tokens on the Hub if done in a suitable mechanism. But extremely against using a governance proposal type to do so. @SikkaTech will probably vote NoWithVeto (highly against proposal, not following the "multiple choice" format outlined in the proposal).

So there is a lot of token issuance I could support but not under the top level hub namespace. This should be saved for truly special things.

I think accounts should be able to issue tokens under their own name space as they please just by paying gas to do this.

The token denom would cosmos1something_something/name_of_choice. There would be some gas price to do this but accounts could just do this.

I think this sets us up for tokenized staking and other things we will want to do in the future.

this would allow an account designate by e-money to just issue tokens as they please.

I will change my vote from yes to no.
I thought the motivation of this proposal is pretty good. so i voted yes.
But this is not the right time. Cosmoshub is still at very early stage, new features should be added very carefully, because “Unexpected” plugins will not friendly to cosmoshub/cosmos-sdk. i will not support since the team(AiB) has no intention to implement.

Zaki I understand your point about not wanting to issue inside the Cosmos Hub namespace.

Since the Hub is already intended to support <namespace, denom> tokens for IBC, here namespace = source zone, I guess it could make sense to incorporate it into the implementation of proposal #5.

This would also support the use-case of bootstrapping new projects, where they they do an initial issuance inside their own namespace on the hub, and then migrate later on to their own zone. The new zone would then have a genesis state stating that X amount of its tokens are already on the Hub.

For our own part, e-money is fine to issue inside a namespace as well, we have no speciel preference for it happening under cosmos ns.

How would you feel if gov was required to register a new namespace, but creation of new tokens below this namespace is unrestricted? I think could work nicely for an implementation for proposal #5.

PS. Not a big fan of the per-account namespace, account identifiers does not seem like a natural namespace. Namespace to me means something more than an account.

I think using governance as an issuance mechanism sets on a road to trying to become self regulating organization. https://en.wikipedia.org/wiki/Self-regulatory_organization

I think being an SRO for the Hub namespace and permissions for other namespaces in the Cosmos Network is coherent position.

After giving it some consideration, Sikka is going to vote NoWithVeto for a couple of reasons.

We welcome further discussion on this topic and if we are successfully persuaded, we are happy to change our vote before the end of the VotingPeriod of this proposal

Excellent choice given the circumstances.

I want to express my opinion on proposal 4 by a form of replying sunny’s opinion since it described the issues very well. Thank you for your writing btw!

While I generally agree with proposal 4, I would like to see further development of reasoning of necessity of issuance functionality regardless of the approvement of the proposal.