Hi I just wanted to offer a realistic take on the cosmos Hub, today I got my first governance related death threats actually these might be the second but the first ones were a long time ago and didn’t seem so screwed up so anyhow, here’s the thought. 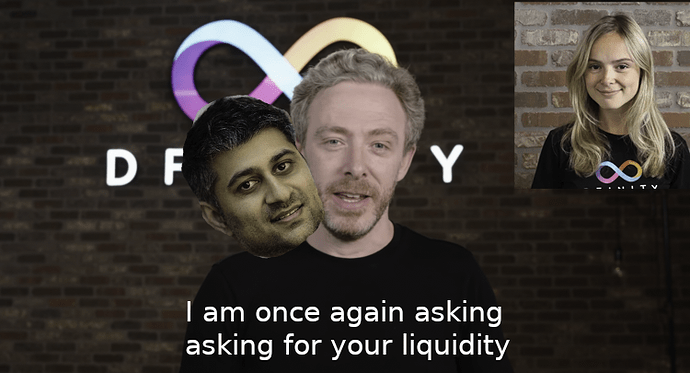 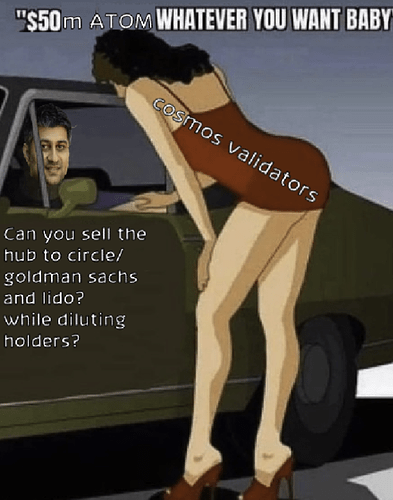 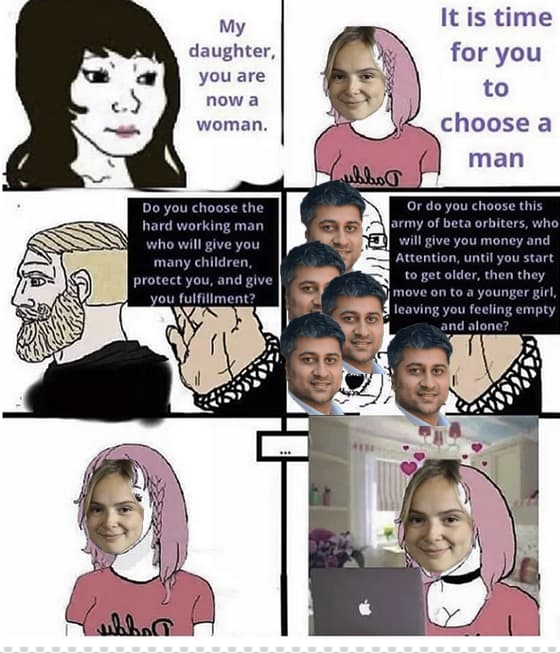 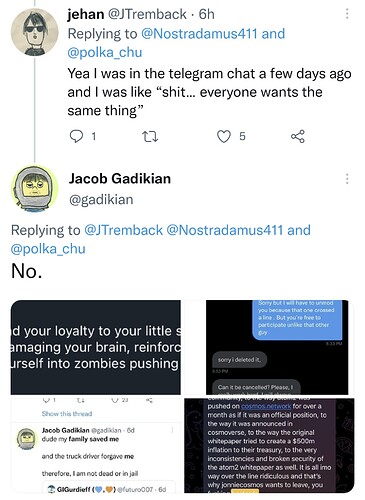 Does he ever address the entire community as and I quote “you fucking bastards?”

Why yes, he does! 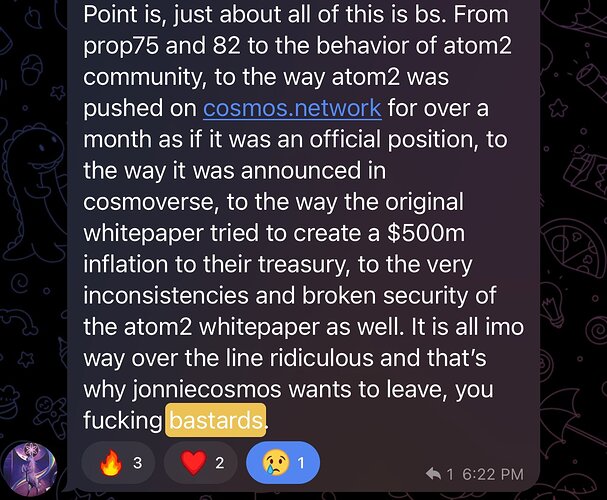 Does he accuse everybody else with pretty much no basis of being affiliated with the WEF?

Why yes he does

Oops that was just some kind of other random spew

But you know he’s also really fixated on Jewish people and distributes really enlightening wait did I say enlightening?

I mean more like dude what the hell type content about them in the documentation of his latest project GNO.

Don’t worry we’re going to memorialize that too because really it’s time to move on.

Okay this is gone way too far I’m getting death threats and god knows what else And here’s the thing we’re saying oh yeah we’re going to bring in these really big name partners like circle and some kind of new dex and stride and neutron and stuff.

But long ago, I told neutron that the hub had a really messed up polity, and If we really are serious about wanting consumer chains, and I sort of am, it’s at least worth trying. Then we should give them a place where they can thrive.

The real problem is the dead stake weight, we didn’t tolerate it on Juno and we shouldn’t tolerate it here, but we also should not nuke it here. It’s my opinion that ignite or AIB or tendermint the company whatever we’re calling it this week, hasn’t had an original thought in years. Well except for GNO, who’s Genesis was used to throw the outcome of proposal 69. Giggity.

And nobody wants to talk about this and that is utterly ridiculous. You know in the corporate world, it’s considered really bad if there’s just 10% of steak that’s just sort of there but even worse that 10% let’s say they don’t even care about outcomes. Well, look, the supporters of AIB thought, I mean that’s cool like you can aib thought over in the aib thought hole.

The reality is that we can have so much more fun without the nastiness.

And I don’t know it’s just always keeps leading back to the same source. So the ICF needs to get in gear, release the information that needs to be released, or just say that it’s not going to and end the expectation that it will, which really is pretty much fine with me… And fulfil it’s mandate to do p2p, POS, bft r&d.

The ICF does not have a mandate to drag dead steak along with it.