I’m Jules, Administrative & Financial Manager at Adan. We would love feedback and discussion on this proposal before submitting it on-chain!

Founded in France in 2020, Adan has over 195 members in France and Europe across several industry verticals, including DeFi, payments, market making, custody, data analysis, and security, and is the largest crypto trade organization in Europe.

Adan is a membership organization and is funded primarily through annual fees.

Being aware that our missions concern not only the Cosmos community but the whole crypto ecosystem, we will ask for grants from other blockchains. Thus the costs will be shared between different communities.

Finally, we will ask the Cosmos community once only. Our growth plan and the opening of the European market will allow us to be financially self-sufficient through membership fees - which today represent over 80% of our annual income.

Members define the yearly objectives during the annual General Assembly. They also vote on the budget, ratify the association’s actions, and elect a Board of Directors responsible for representing them and controlling the implementation of these missions.

See our website for more information about Adan’s governance and Board of Directors.

Adan is also involved in discussions of international bodies such as FATF, IOSO, BIS etc.

In just two short years, Adan has produced an astounding amount of writing and publications to support its mission:

The crypto industry is evolving rapidly, challenges are multiplying, and public authorities worldwide are increasingly seeking to regulate crypto innovation.

To this end, we will continue to fight the battles initiated at the French level but must accelerate on the European and international scene according to 4 priorities:

To overcome these challenges, our team must engage in the following activities:

Given the size and importance of the mission, which is constantly expanding, Adan must strengthen its team. Thus we request funding from the Cosmos Hub community pool to recruit a European Affairs Officer based in Brussels, allowing us to further increase our ties with transnational bodies.

We believe transparency around community funding is important for building trust and establishing a reputation. This is why we pledge to publish progress reports in 6 and 12 months such that the Cosmos Community better understands how funds are spent and may evaluate the return on its investment.

This report will be delivered to you via this forum. It will consist of different sections such as :

This corresponds to roughly 100,000 EUR and covers gross salary, recruitment costs, and travel expenses for half year.

The following items summarize the voting options and what it means for this proposal:

YES - You agree that persuading regulators to adopt sound and proportional regulation is important and thus wish to fund Adan’s work
NO - You don’t agree that persuading regulators is important and thus do not agree to fund Adan’s work
NO WITH VETO - A ‘NoWithVeto’ vote indicates a proposal either (1) is deemed to be spam, i.e., irrelevant to Cosmos Hub, (2) disproportionately infringes on minority interests, or (3) violates or encourages violation of the rules of engagement as currently set out by Cosmos Hub governance. If the number of ‘NoWithVeto’ votes is greater than a third of the total votes, the proposal is rejected, and the deposits are burned.
ABSTAIN - You wish to contribute to the quorum but formally decline to vote either for or against the proposal.

There is a clear need for legal advice in the Cosmospace, especially with the aftermath of the Tornado Cash incident. We have had a discussion around that on the Osmosis Commonwealth, it might be interesting to shed your light on that aspect (Commonwealth) since there is still a lot unclear on that field. It is also immediately a sort of Proof of Concept if you ask me, which might make your case stronger.

What is not clear for me in this post; you are asking for funding for 1 year of salaries, recruitment and such. I have a couple of questions;

Why Cosmos Hub ?
Are you asking for this kind of funding elsewhere ?

I strongly favor this proposal and urge the community to vote YES once submitted on chain.

Adan is the most active and competent European organization fighting disproportional and overreacting regulation. Today, they take a lion’s share of EU-level policy advisory with limited staff and no dedicated person based in Brussels.

Thank you for the proposal.

I’m a huge fan of ADAN, one of the most (if not the most) active organization advocating for crypto adoption and moderate regulation in Europe.

Faustine and her team is great at what they’re doing and every support we can provide them as a community is essential.

Now what I would question is more about the role of Community Funds and pools of Cosmos in the case of supporting general purpose initiatives. Even though I would strongly support ADAN’s proposal, what if this opens a door to any external actor coming to ask for funding for something that does not provide direct value to Cosmos.

I would 100% support this proposal, in the case the ask would be split between 2-3 crypto communities.

If you agree that the employed individual should make a monthly update here, and amend your post to say that, kitteh voteth yes.

Hub ought to lead, no?

Don’t disagree with the initiative - you can never have too much advocacy!

But would like to hear more about this, perhaps on a community call before going on chain.

Also, the ICF does run advocacy work, itself and with a host of other partner groups. Recommend OP reaches out to ensure work isn’t duplicated and plans coordinated. 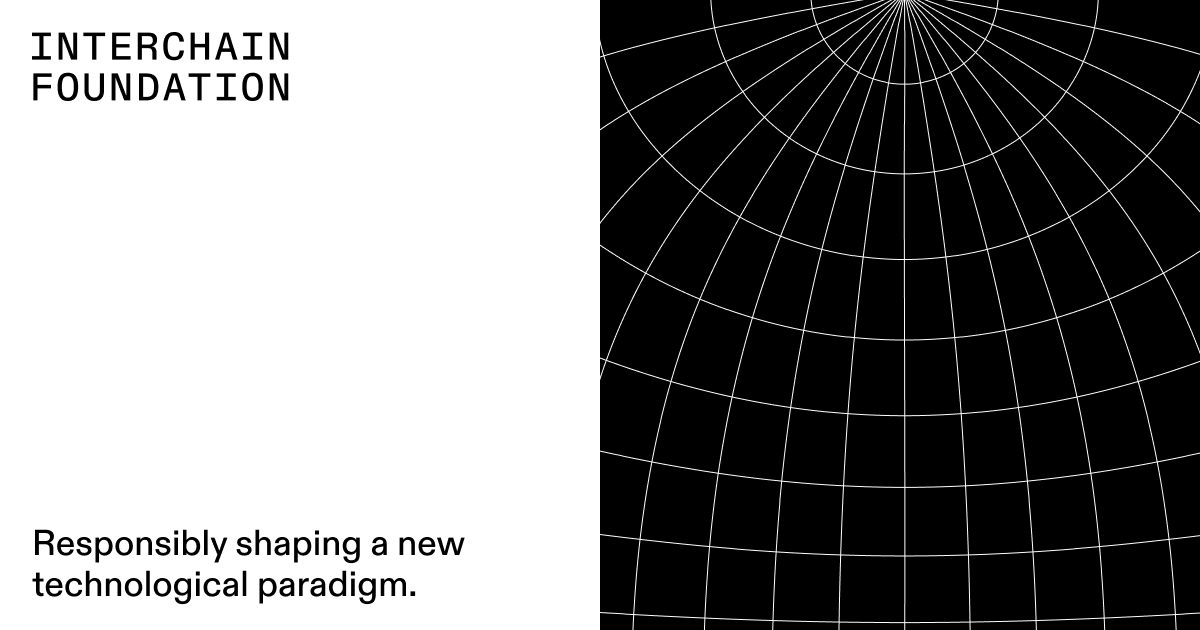 Our team and community are building a future in which interoperable sovereignty can thrive, incentive-aligned public goods development, and a future-proof decentralized tech stack.

While I do get the point that motivates the request, I don’t get why the Hub should support and finance totally new employee.

I mean, considering ADAN never did anything special for the Cosmos ecosystem, are we supposed to spend 200k on it? Wouldn’t it be smarter to ask for smaller funds for multiple communities, as a lobbying association is supposed to cover multiple opinions, communities, and ecosystems?

Thank you very much for your message!

We are indeed very present on privacy issues and are bringing them to Europe. We have notably taken our positions to the European Parliament (this does not specifically concern TC).

You are right, we don’t have yet a European affairs manager but we are supported by a public affairs firm based in Brussels. In view of the increase in our missions, we need, in addition to this support, a full-time person dedicated to European issues. To date, Faustine, Mélodie and Hugo have to intensify their efforts to deal with these issues.

The development of regulatory debates is leading to the Europeanisation of law. Adan’s vocation is therefore to take up this subject on the European level, which multiplies the subjects to be dealt with, the interlocutors (politicians and authorities) and the stakeholders to be represented.

The objective after this year is not to find new sources of funding but to be fully autonomous financially and to be seen as the leader in Europe in terms of regulations.

Remaining at your disposal if needed.

Hello Tom, thank you for your message!

We are close to the Ethereum community and projects in France and Europe and wish to expand our reach to other ecosystems. We feel it’s important to build close ties with the Cosmos ecosystem as there is increasing interest in the appchain model. We think that the Comsos ecosystem is fertile ground for enterprise adoption due to the modulatiry of the Cosmos SDK and feel there is a good fit with our mission.

Thought the Cosmos Hub will be our first on-chain funding proposal, we plan to also explore funding opportunities on other chains in the Interchain ecosytems and beyond (Osmosis, Gnosis Chain, Tezos, etc)

We are aware that the amount requested is significant. That is why we pledge to post deliverables on a regular basis, as well as our strategic calendar update. Our original idea was every 6 months but heard some of the community feedback and will increase this to quarterly intervals.

In line with our missions, we need these funds such that we maintain our position as preferred interlocutor of the different transnational bodies (IOSCO, FATF, ECB …).

The next few months will be crucial for the future of the crypto industry in Europe and we sincerely hope to be able to count on your community to support us in accomplishing our missions.

Remaining at your disposal if needed.

Thank you very much berrehili!

You’re absolutely right - the Association’s mission is the development of the crypto industry and it is not agnostic.

We are already close to other blockchain ecosystems (like Ethereum, Near, Tezos etc.) and our strategy is that all ecosystems can contribute to our growth and thus their development. Because even if our missions are general, the evolutions in the regulatory debates are likely to impact the whole Web3.

We are at your disposal to discuss it!

If the Cosmos chain decides to validate our proposal, we will of course provide you with regular and complete updates of our work via this forum.

Do not hesitate to contact us if you want to know more!

Thank you for your message.

We are aware of and support the work of the ICF. However, the ICF’s lobbying work is still limited to the American continent and there is a need for a constructive voice that can educate Europe.

We are in contact with Connor Spelliscy of the ICF and are working with the EUCI which is in partnership with them.

We remain at your disposal to discuss ICF / Adan synergies.

Have a nice day.

Thank you very much for your message and for these relevant elements.

In all transparency, Adan is considering recovering funds from several communities. The structural needs of a professional association on a European scale require a larger team with more transversal knowledge.

This grant application is for the recruitment of a European Affairs Officer when others will be needed to meet other needs.

We hope to be able to count on your vote and support and remain available for discussion.

Have a nice day!

This is good. Being at the point where we are right now, before taking off to be one of the biggest ecosystems around it is good to make sure our bases are covered. So having a view on regulation will certainly not hurt.

I agree with @jacobgadikian that regular updates are very much appreciated.

And furthermore, any ideas on where the self-sustaining income will be generated?

I dont understand the value of this. Dont get me wrong. I do understand what you are proposing and why. I am familiar with most processes described and how they are handled, legal limitation, etc. What I dont understand is what is the value of this for a decentralized hub. There is an old Russian / eastern European proverb, if it doesnt smell, dont touch the poo (I am referring to anything under the sauce of legislation here).